Here is a quick history on what my husband and I did to pay off over $70,000 in debt in a year and how I quit my job even though I made over 2/3rds of our income!

Why Pay Off Our Debt?

I wanted to start a family and really wanted to work part time from home. When I added it all up and looked at the short time frame that I wanted to do it in, I cringed. Our taxes showed we made about $130,000 a year. It was great money. But I wanted to quit, and I made $100,000 of it. It almost didn’t seem possible, but I knew the first step would be to become debt free.

I read Dave Ramsey’s Total Money Makeover. And first thing we did was sell our two month old Honda Civic.

We sold the Jeep CJ7 with 36? tires that was my husband’s baby. He worked on it for hours and was part of our local Jeep club. It was worth about $3,000.

That allowed us to create our baby emergency fund of $2,000 and start to pay off the smallest student loan.

A month later we found out we were pregnant. It was March ’06 and we were due in December. Our countdown had started!

I never wanted to have to budget. We started to budget and quickly realized we needed to cut it to the bone. I never thought we were crazy spenders, but it all adds up quickly! We canceled cable, and lowered our cell phone plan. Our budget only included the bills, $25 each of our own spending money, and necessities.

As anyone knows who has tried to do a budget, it is hard! Sticking to the grocery budget was the hardest in the first month. We guessed that we should only spend $300 a month on groceries.

I never had to count how much money I was spending before. I tried to keep a calculator in the store with me but I felt dumb walking around the store with a calculator. I felt like it everyone was looking at me add up every purchase, and sometimes I would accidentally hit the clear button. It was so frustrating.

Eventually when my husband and I both went shopping together, we started playing a game to see who could add up the items in their head and guess the total grocery bill. It became a challenge to beat my husband. I have to admit playing a game is a lot more fun than just sticking to your budget!

We never went out to eat, but instead found that some of our friends felt bad for us and would pay for us to go to dinner with them. I hated to feel like we needed charity and I told them over and over that we had the money we just didn’t choose to spend it on going out to eat.

Where could we find extra money?

While we made good money, I had a tight time line. Since I wanted to be home with my son and we only had so many months to do it in, so we did everything possible to make extra income. I found out that if I worked on site with my job I would make $40 extra each day so I traveled as much as I could.

I traveled so much in fact that I ended up over doing it. I was working almost 70 hours per week when I was 7 months pregnant. I couldn’t get out of all of that work because I had gotten myself into it.

I actually had to get a written doctors note asking to keep my hours at 40 per week for medical reasons. That was the only way I could get my company to help with some of my work.

My husband has a very sporadic income as a performing artist. He started doing website design and graphic design to make extra money. He took any job that he could and was working literally day and night on extra projects.

(He worked like a dog for those months and dealt with a very pregnant wife so I commend him at what a great job he did!)

Our tax refund came back, we had three yard sales that summer, we sold a kayak, a wine rack, my weight bench and more on Craigslist. We cleaned out every closet and sold random things on Ebay. We started to realize how much stuff we had, and how much stuff we didn’t need. We thought we were minimalists before.. but we were wrong. 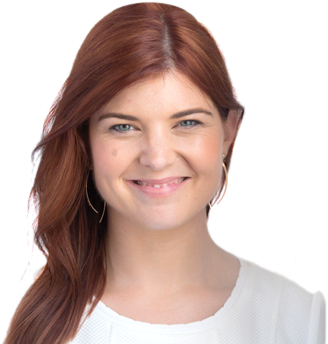